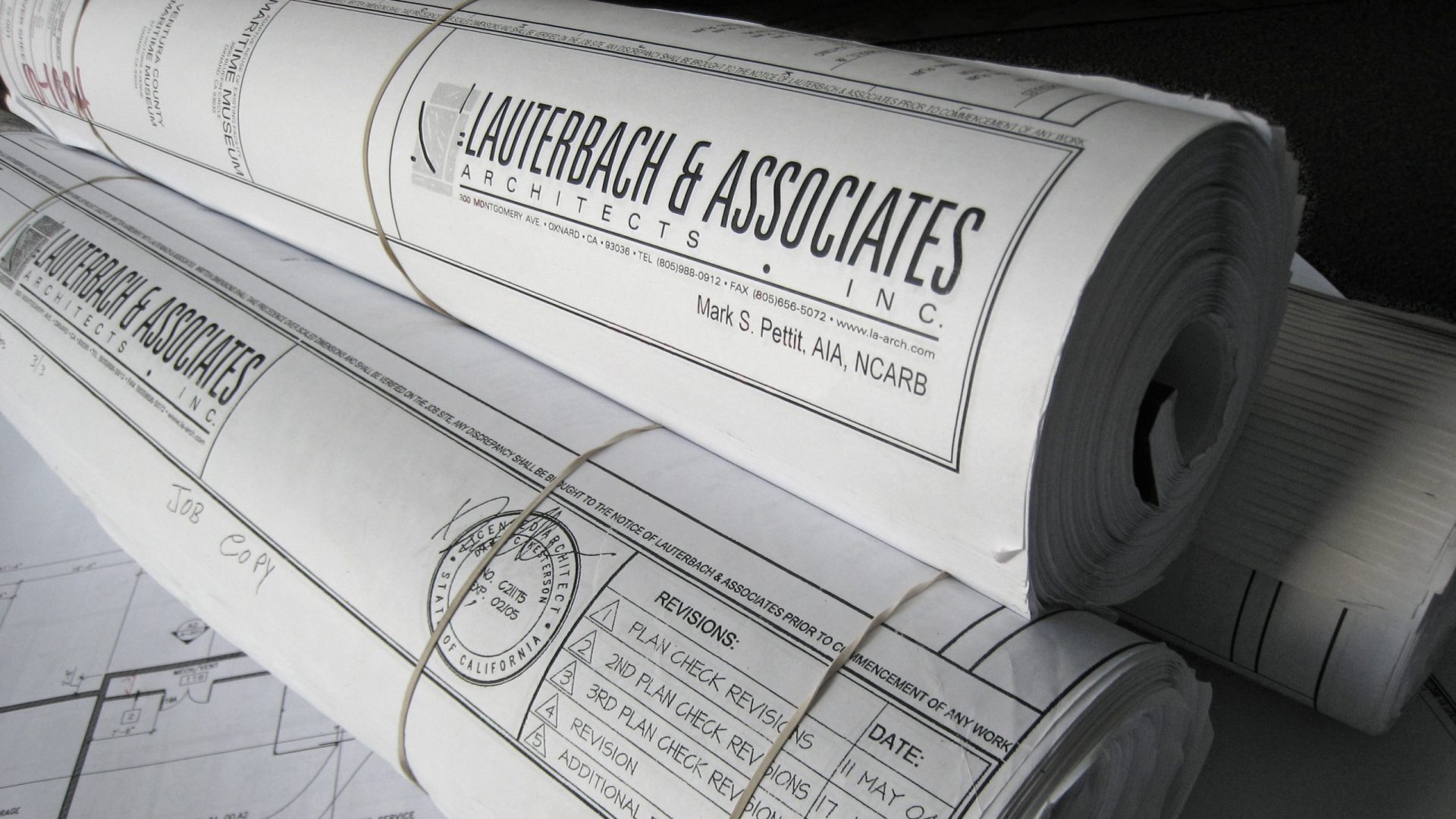 The company now known as Lauterbach & Associates, Architects had its start in September of 1970 when George Lauterbach, a graduate of California Polytechnic at San Luis Obispo-better known as Cal Poly-partnered with Don Dziak, a civil engineer, and Bob Immel, a surveyor, to form DIaL (Dziak, Immel, and Lauterbach) Services, Inc..

From the very beginning, the essential character of the firm could be seen. Since 1970, Lauterbach & Associates has undergone many changes: from t-squares, Rapidograph pens, and drafting tables to computer screens, CAD, and DWG files. The name has changed, partners have retired, but certain fundamentals have become part of the firm's DNA and passed on to every new employee.

Practical and experienced? For the new kids on the block at the time, the team brought both a wealth of experience and hands-on knowledge: George and Don first met when they both worked at the County of Ventura Building and Safety Department, Plan Check division. "It was," George says, "an incredible learning experience-to be able to see what a good set of plans looks like, what a good project looks like. And vice versa." George had designed and built his parent's home before he graduated from Cal Poly. Bob Immel's work was, of course, quite literally in the field.

Like calls to like. Creative problem solvers with a practical bent have been the kind of people who are drawn to L&A and who tend to stay and become an intrinsic part of the firm.

The team itself is a hallmark of the L&A approach to projects. The synergy of combining people who have a diversity of expertise, methods, and points-of-view was in the original mix and has continued to this day, both in the principals and in the teams that are created for each project. Mutual respect combined with a certain tenacity of opinion makes for an interesting process and ultimately (in our tenacious opinion) for a better project.

Over time, the partnership expanded, ultimately adding four more partners. At the peak of its size in the 1980's, the firm of DIaL Services employed over sixty people and provided a full scope of services from surveying, soils testing, civil and structural engineering through architectural design.

In the early days, renovations of small shopping centers, in-fill apartment complexes, even additions to houses paid the bills. (One client wanted his garage addition to be so striking that people would stop their cars to get out and admire it.) As the company expanded the size and complexity of the projects quite logically did, too. Metal buildings segued to large tilt-ups, small complexes became larger ones, commercial centers, retail, corporate headquarters, churches, medical facilities….

At the same time that the company was providing services throughout Ventura and adjacent counties, their involvement in the community expanded as well. From service clubs to advisory boards, youth clubs, sports teams-the people of DIaL became known for their active involvement in local communities. Chamber of Commerce, churches, local civic groups-which always involved a certain amount of pro bono work-became part of the company culture. The cliché of "giving back" also became part of the L&A DNA and local schools and sports teams knew who was always good for a donation.

In 1991, several of the partners reached the point of retirement. George Lauterbach continued the firm as Lauterbach & Associates, Architects, providing only architectural services. There have been changes of course-new times and new technologies bring new demands and new opportunities. Modernization, especially of schools, has been a reoccurring enterprise as schools work to keep up with a fast changing world. Affordable housing has become a strong market. The cost of construction has made renovations and tenant improvements a growing market as well.

The growth of environmental awareness has meant new challenges and new opportunities as well. Older architects do like to point out that what is now labeled new and "green" is, in many cases what in the old days was just known as good architecture. The use of natural light, care in the orientation of the building, energy efficiency, considered use of materials equals good architecture. Now it's also green.

The old stand-by of small lot in-fills from the early days has become new again, too, with the growth of New Urbanism ideas, the desire to reduce sprawl, save fuel-so we're doing those again.

Much has changed over time. New principals have bought into the company. George is moving towards retirement.